Originally constructed by the Civilian Conservation Corps, the Catoctin Mountain was the next installment of our ongoing programming and assessment work for NPS all over the United States.

The park land was originally purchased in the 1930’s to be transformed into a recreational area through the Works Process Administration and the Civilian Conservation Corps, helping to provide jobs for people during the Great Depression. It was transferred to the National Park Service in 1936. A portion of the original property was partitioned to create the Camp David retreat , and an additional portion was transferred to the State of Maryland as Cunningham Falls State Park.

The original Visitor Center was constructed of wood and stone in the 1940’s as a small one room space with a central fireplace, which now holds the park nature museum. In order to accommodate an increasing number of visitor’s, the building was remodeled with a major addition during the historic National Park Service Mission 66 program. The building now serves as the main park visitor entrance and resource, with visitor information, gift shop and the education center or “discovery” room. The Mission 66 portion of the building is in the process of being added to the National Register of Historic Places. Finally, in 1991, a second addition was added to provide more office space for staff.

Click here to read more about the Catoctin Mountain Park.

The A/E team, led by FEA with MCA as architectural consultant, met with park staff and administration to review and document the programmatic and technical requirements necessary to renovate the existing visitor center and we also developed a budget to achieve their goals. Through design studies, it was determined by the design team that the current layout of the building was not utilizing the space to its full potential, and that a program rearrangement and improved design would improve the facility substantially while obviating the need to build another major addition to the site. 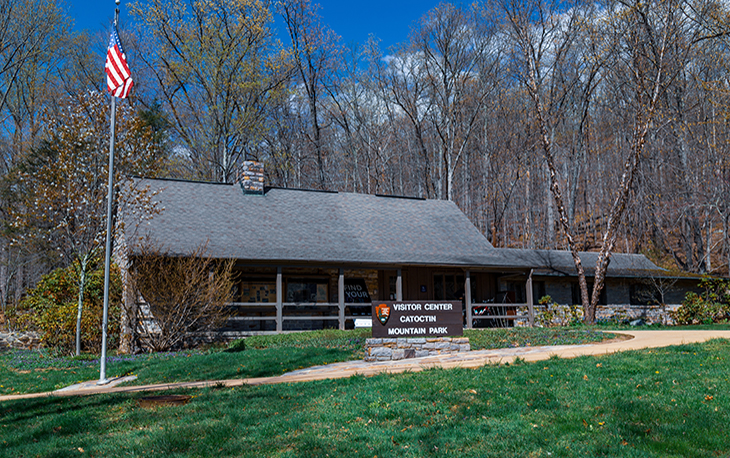