I spent a very interesting, and intense week this May in Arizona, Utah and Colorado representing MCA at both the Walnut Canyon National Monument and the Dinosaur National Monument. We were pleased to assist the National Park Service (NPS) with programming and preliminary scope planning for capital improvements at both locations. The projects are intended to strongly improve the visitor experience while enhancing the NPS’s ability to interpret, protect and preserve these important cultural and historical sites. Both projects, however, had very different nature and requirements.

Walnut Canyon National Monument: The first few days were spent in and near Flagstaff, AZ with the staff of the Walnut Canyon National Monument (WACA). The Monument is a tremendous resource, combining natural beauty with significant cultural and historic resources, most notably in the form of cliff dwellings constructed by the Sinagua in pre-Columbian times. Our mandate included assessing the condition of the existing Visitors Center, and doing a comparative analysis between renovating the existing facility and building a new Visitors Center in close proximity. The existing Visitor’s Center was built in two main phases, with the first being constructed at the end of the Depression-era by the Civilian Conservation Corps, and a larger expansion built as part of the national Mission 66 initiative in the early 1960s. Both portions of the structure are perched dramatically on the very edge of the canyon rim. We enjoyed collaborating with Flagstaff Area Parks Superintendent Kayci Cook Collins (a fourth-generation NPS employee!) and her professional staff to hone in on the specific functional and needs of this unique location, its historical context and facilities, visitor, curatorial and interpretive needs, and the available options for future development. We hope our comprehensive facilities report will contribute to a positive outcome for the Monument in the very near future.

Dinosaur National Monument: The second part of the week we spent at Dinosaur National Monument, which spans the border between Utah and Colorado. The area is a world-class resource for the study of Paleontology, with over 800 significant sites within its borders, as well as significant natural and cultural resources. The Parks existing Services Building was recently condemned due to significant structural damage caused by expansive subgrade conditions which have resulted in significant foundation settlement, despite previous attempts at remediation. Our mandate was to provide a space program and site development concept to guide our team’s study for building a replacement. The new building is to contain a wide range of park support functions, from the fire department to supporting facilities for the extensive River Program, including boat maintenance and storage, vehicle service areas, park security and administrative facilities, and Biology, Cultural Resources, and large specimen Paleontology preparation laboratories.

We are very honored to be a part of the FEA team for this substantial National Park Service effort as we visit and assess many of the National Park facilities and Monuments throughout the NPS Pacific West, Intermountain and Alaska Regions of United States. 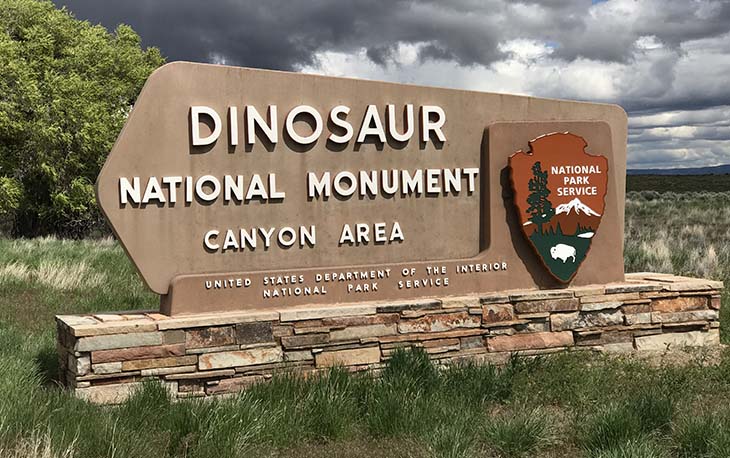